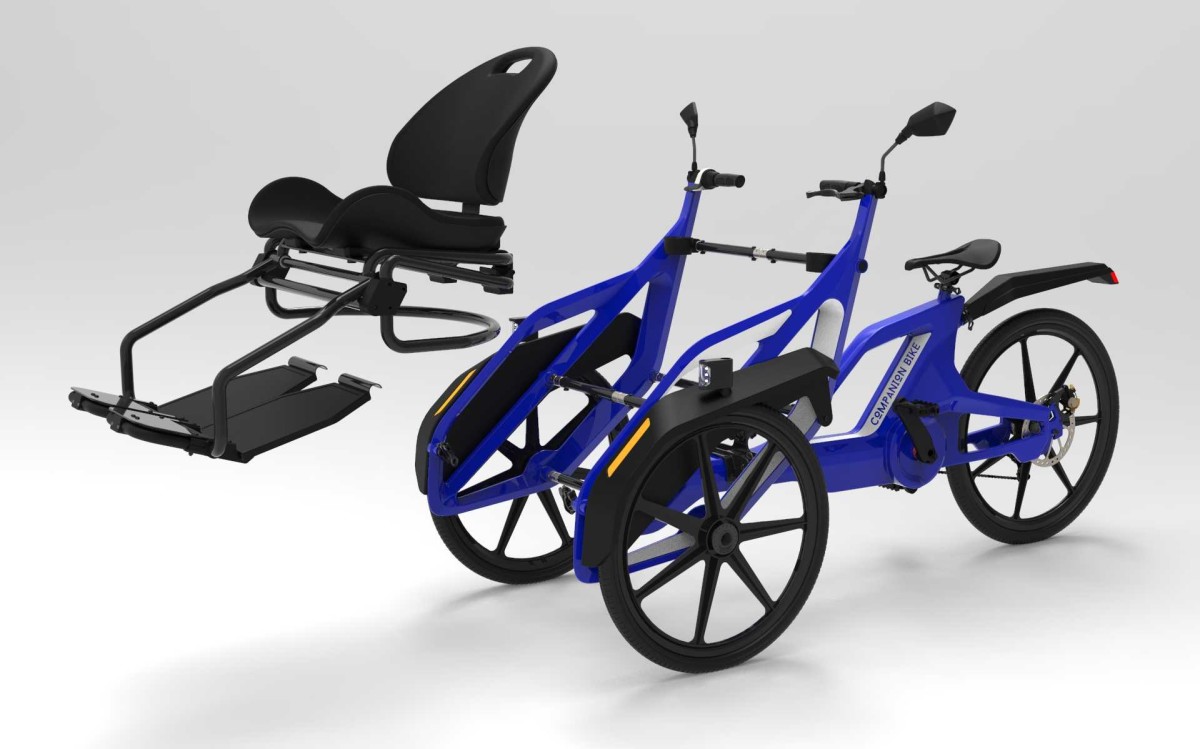 In the Eastern countries, as well as around the world, the rickshaws are used as taxi or as cheap private transport.

A Vietnamese inventor, Quan Pham, designed the Companion Bike, a high tech carbon fibre bike intended both for commercial use and for transporting family members or friends. It has a full carbon fiber frame that can accommodate drivers ranging in height from 1.60m. to 1.90m. the driver sits  behind the passenger. The peculiarity is that it folds inwards for storage and transit.

Passengers sit in a footrest-equipped front bucket seat, that can be removed from the frame when not in use. The two sides of the front end of the frame can then be folded in toward one another, making the object narrower – this allows it to be more easily stored indoors, or transported within a vehicle such as a van.

According to the designer, the Companion Bike can manage a maximum payload of 500 lb (227 kg), split between a 300-lb passenger and a 200-lb driver. An electric-assist model is in the works, which sounds like a good idea for pushing around that sort of weight.